Born and based in Halifax, The Amazing Mr. J (David Jolly) has performed for over 20+ years all across Canada (Nationwide Since 1999!), entertaining with Magic, comedy, and balloon art for kids, teens, and adults. (You can also let him entertain for YOU!)

Having performed over 4000+ shows, from northernmost Newfoundland (Canada Day 2014 & 2015, in La Scie), to Toronto, even to Whitehorse, Yukon (at the 2016 Sourdough Festival along with beloved fiddling legend Natalie MacMaster), Mr. J loves our beautiful country of Canada, and all the truly amazing people who live here.

You may have already seen The Amazing Mr. J on one of his many TV guest appearances over years. (Most recently, in Summer 2021, Mr. J applied to perform on CityTV’s ‘Canada’s Got Talent!’).

You can read Mr. J’s story in print, since after facing The Dragons on CBC TV’s Dragons’ Den years ago, he luckily scored a deal with Kevin O’Leary! Kevin published Mr. J in his newest #1 international bestseller (pages 123-133) “Cold Hard Truth on Family, Kids & Money”. (Thanks for publishing Mr. J, Mr. Wonderful!)

How did it begin? When Mr. J’s wonderful MOM & DAD bought him a wonderful little Magic Kit for his 5th birthday, he became hooked, performing his first ‘shows’ for parents right out of the box. When turning six, a second Magic Kit turned into a little show for all the guests at his grandparents house in Saint John, New Brunswick… sparking a lifelong love of performing. (So, parents, it’s always good to encourage that stuff in your children!) A few years later, those same perfect parents hired some magicians to perform at his house, forever expanding little Mr. J’s imagination. (Again, always a good idea, parents…you never know what long-lasting influence such a childhood experience can give your child!)

Inspired by Nova Scotia’s own world-renowned Magic talent Mike Robinson, Mr. J took a break from his school teaching career to attend Circus School in Toronto, where he also studied Magic at Browser’s Den (with super-cool owner Jeff Pinsky). After performing his first public Magic Shows in Toronto in 1999, and returning to NS, he then performed every day for two months over Christmas, at Dartmouth’s Mic Mac Mall, (right beside Santa!), where he learned the art of performing for large crowds…seeing firsthand the joy Magic can bring.

While still working as a schoolteacher, Mr. J used Magic tricks as a fun motivator for his students. He found he could actually incorporate Magic directly into his lessons each year, whether teaching Science, French, or even European History. Following some school Magic workshops, the demand for actual Magic Shows at events while he was still teaching became so great, that Mr. J finally left teaching for good in 2005, to pursue magic performing exclusively, nationwide, on a full-time basis. Seeing the wonderful reactions from kids, teens, and adults, the fully-grown David Jolly continues to try and share this joy and excitement with as many people as possible!

Today, Mr. J generally divides his time between Halifax, Truro, and throughout Atlantic Canada…plus regularly at his ‘second home’ in Toronto. 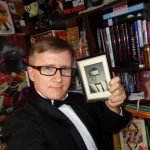 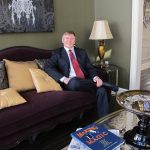 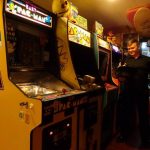 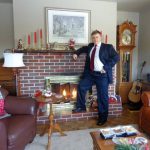 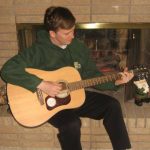 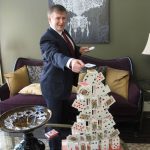 Mr. J loves children, and is writing an original children’s book, hoping to make it into a series. A couple books for adults are also in the works. (Keep watching your local bookstore!)

Mr. J is cosmopolitan and urbane, and (let’s face it), rather silly too.

(By the way, Mr. J never goes around talking about himself in the third person like this. That’s just an understood pretense when writing mini-bios like this…) 😛

Thank YOU for visiting this page, and for helping yours truly to live the dream as a full-time Magician and entertainer. It has been a sincere pleasure, and honour, to perform for you for over 20+ years, and to share so many fun-filled times, with old and new friends of all ages.

YOU are helping keep the Magic alive! Feel free to send your questions, heckles, marriage proposals, or really good jokes to: misterjmagic@hotmail.com

THANKS! Wishing you Joy & Magic.

The Amazing
Mr. J ON

How's this for a Wild Weekend?? Performing SIX Magic Shows, and get this: two of 'em are for long-time childhood friends (hiring me for their own children, which always feels very special), one for a big Hotel event, and one is for a CELEBRITY! (Who? Stay tuned!)HERE's the THING: Do you know who is the BIGGEST CELEBRITY of all? EVERY CHILD. At every show. Special Shining Stars, reminding us how to see Magic in everything.May YOU also see the same Joy. 😉Wishing you a Weekend of WONDERMENT, Magic Friends! (Photo credit: John Ratchford, Ratchford Photographic, North Sydney, NS)#magic #magician #amazingmisterj #davidjolly #birthday #liveanimals #balloons #ratchfordphotographic #ratchfordstudio #capebretonphotographer #innocence #childhood #joy #fun #beyourself #lifeismagicMR. J WEBSITES:www.misterj.ca www.amazingmisterj.ca www.halifaxmagician.ca YOUTUBE: www.youtube.com/channel/UCTOLa5EKW2ZrAx2-Y2EdSqATWITTER: twitter.com/AmazingMisterJINSTAGRAM: www.instagram.com/theamazingmisterj/TIKTOK: tiktok.com/@theamazingmisterj/LINKEDIN: www.linkedin.com/in/theamazingmisterj/ ... See MoreSee Less

The Amazing
Mr. J ON

Wonderful (and very kind) endorsement of The Amazi

Magic for Rebekah Higgs, the Famous and Talented D

How's this for a Wild Weekend?? Performing SIX M

Happy Mother's Day, to all our AMAZING MOMs. <3 T

Y'know, sometimes, a little STRANGE is good. It

The MAGIC is strong with YOU, my Friends! May Th

Magic Friends! A Secret Tip: If YOU spread KINDNES

FINALLY met him! Bucket list WIN! May all YOUR mos

"You were amazing! The kids said you were the funn

GIANT magic wand
for you! 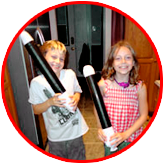 Have them Email an address, and you'll get your FREE giant wand in the mail! EASY! (PLUS a FREE secret BONUS PRIZE for you too!)